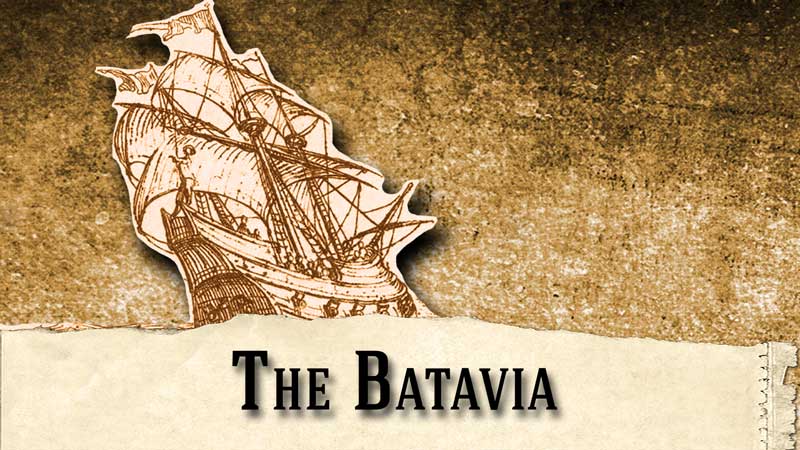 The history of mutiny, madness, and murder aboard the largest Dutch East India Company ship, the Batavia.

In 1628, the largest Dutch United East India Returnship The Batavia was on her way to Batavia, Company headquarters on Java in the East Indies. She had 341 souls on board and very valuable cargo.

The Batavia had veered off course, away from the fleet. The Captain and the Under-Merchant were planning a mutiny.

Ariaen Jacobsz and Jeromimus Cornelisz had already recruited a small number of sailors, soldiers, and even Company assistants to seize control of the Batavia.

They planned to kill the Upper-Merchant Francisco Pelsaert, throw the unwilling crew and useless passengers overboard, and sail the seas like Pirates.

They were waiting for the opportunity to strike when the ship unexepectedly struck a reef off the West Coast of Terra Australis, modern-day Australia.

Letters from rulers were sent in code. Some are harder to crack than others. One of Emperor Charles V's letters has been decoded.